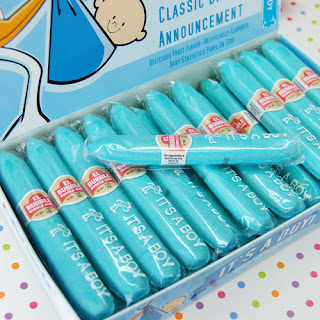 Thanks so much to those who have followed and don't wander off too far. Future baby boy shenanigans are sure to ensue...along with baby boy shoes! No tattoos, though...at least not for the first year.
Posted by Unknown at Thursday, May 19, 2011 3 comments

Email ThisBlogThis!Share to TwitterShare to FacebookShare to Pinterest
Labels: A Baby in the Making, Personal Epiphanies

Becoming a Doctor in 4 Years and Other Scholastic Myths I Like to Debunk.

And the acerbic pregnancy attitude continues:

Perhaps my current position has rendered me severely embittered with our country's budding scholars, but what high school is telling kids that they can major in pretty much anything within four years?

First of all, one can hardly complete an undergraduate in something as vocationally useless as Philosophy within a four year time frame, as universities continue to pile on requirement after superfluous requirement. "What's that? You're majoring in Animal Science? Well, you'll need at least 6 credit hours in visual and performing arts!", sayeth the Univesity of Bloated Self Importance. "Now send a hateful grimace your advisor's way!"

Secondly, and I do apologize to the Business majors out there, pretty much ANY undergraduate degree is as useless or as utilitarian as the next. That's right; Mr. I-Majored-in-Marketing will be competing for the same sales job as Mr. RTVF-Changed-My-Life. Grad school, people. This is where specialization occurs.

Having said all of that, I understand how new freshmen are quickly perplexed and immediately disillusioned with the college experience after coming to terms with facts such as these. At the end of the day, I advise to major in what you love. You'll find a job. If you luck out, it'll be in your field of interest.

What I completely fail to grasp is the idea that one may become a veterinarian or even a cosmetic dentist within four years of college coursework. Seriously, two different students told me of such plans today. After completing a bachelor's degree, one was to be a vet and the other was to be a cosmetic dentist. Hmmm. Maybe there's a new online program of which I'm unaware.

Having said that...people, if you're dog eats an entire box of chocolate or you chip a tooth whilst opening a beer bottle, check out your vet's and/or dentist's diploma for proper accreditation before proceeding with any major medical decisions. Especially if your doctor appears to be all of 19-years-old. 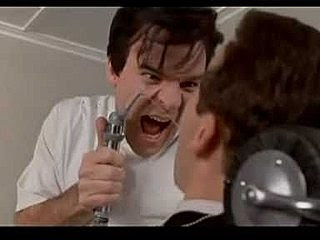 Want to win a book?

Well, I'm thirteen weeks into this pregnancy stint now, and I'm more than ready for that second trimester burst of energy about which happier moms-to-be are rejoicing. Are we there yet?

My writing energy (along with all other sorts of energy) seems to be sapped so I'm always happy when material presents itself. As previously mentioned, Joshilyn Jackson prevails as one of my favorite contemporary authors. Her indelible knack for mixing sincere emotion with dry southern humor never fails to deliver a complex and wildly entertaining storyline. I always feel content after completing one of her books as well as a little morose that it's over.

Therefore, I listen when she says something is good. According to her The Provence Cure for the Brokenhearted  by Bridget Asher is really, really good. So good that she is giving away three copies to a lucky few, who enter her blog's contest.


This is one of four ways that I am entering for a chance to win...telling you about it. Visit Joshilyn's Blog, and see how you can enter. You've got until midnight EST Friday.
Posted by Unknown at Tuesday, April 19, 2011 1 comments

Email ThisBlogThis!Share to TwitterShare to FacebookShare to Pinterest
Labels: Literature

They grow up so fast...why are we helping?

Okay, I'd be lying if I didn't admit that a small part of me would consider an at home photo shoot featuring my potential future daughter wearing her first pair of high heels at the tender age of 2 weeks.


But then I stop to consider the cursory rate at which our country's youth is encouraged to mature, and I immediately squelch any hasty high heel ambitions I have for my offspring.

I think we'll stick with bows and flats for the first few years.

Email ThisBlogThis!Share to TwitterShare to FacebookShare to Pinterest
Labels: A Baby in the Making, Shoes: My Love and My Addiction

I realize that my spotty posting over the past several weeks has boasted mainly of vomit, and I'm more ready than anyone for that phase of my life to be over. I'll hit the 12 week mark tomorrow so let's hope my hormones simmer down a bit over the next couple of weeks.

I couldn't resist one more sickly post, though, as it's come to my attention that new possibilities exist in beautifying green moms-to-be!

Have you ever been enjoying a nice lunch out with a friend only to be grossly disturbed by the baleful lurching of some inconsiderate fatty, who appears to be harboring a fetus? Who let her out of her cage?! Does she have to make such a scene? We get it. You're adding to the population, but could you please halt the sickening dramatics? At least find a decent Louis Vuitton in which to deposit your pre-digested lunch!

While I've not had anyone directly treat me as such, the overall attitude in regards to pregnant women being ill isn't too far off from that. We are inconveniencing the rest of society because we are so gross. I've had several women describe to me past morning sickness experiences resulting in snarky comments from non-preggo coworkers about not being able to eat lunch because "your loud vomiting is grossing everyone out."

Really? Where do I begin? Let me list just a few of the things that perpetually gross out us unsightly pregnant ones and lead to quite a bit of vomit:

1. Eating and/or not eating (so sorry to disrupt your delightful lunch!)
2. Your lunch
3. Whatever exploded in the microwave
4. Growing a human being
5. Migraines
6. Walking at times
7. You blowing your nose
8. Me blowing my nose
9. Talking
10. Being conscious

Yes, hearing and (Lord forbid) witnessing someone throw up is not fun; I realize this. What is less fun is walking around in perpetual fear and self-consciousness because you don't know when and where you'll be dubbed an invalid because you might encounter an uncontrollable urge to toss your cookies. Fortunately, I'm past the point of caring.

But for the ladies hoping to beautify the vomit experience for everyone else, I have just the item. Why not invest in Morning Chicness Bags? 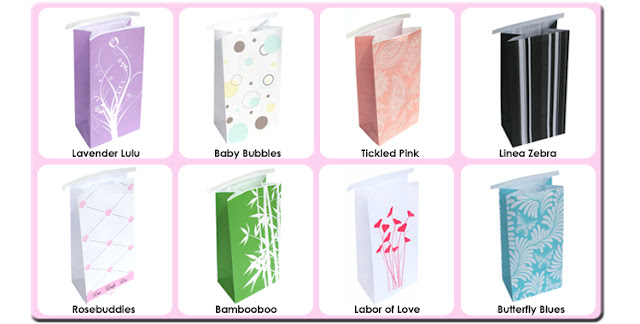 Onlookers may think you're gross, but they'll think your vomit bag is fab!

Really? I think I'll invest in some baby diapers.
Posted by Unknown at Thursday, April 07, 2011 8 comments

Email ThisBlogThis!Share to TwitterShare to FacebookShare to Pinterest
Labels: A Baby in the Making, Misadventures in Opinions
Older Posts Home
Subscribe to: Posts (Atom)